Moving with No David 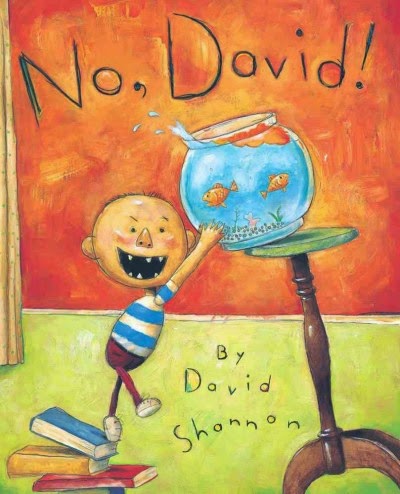 Book:  No, David!  by David Shannon
Props:  None
Puppets:  None
Technology:  Scanned Images and Projector
Presenters:  One or more

With our themed "K-2 Book Adventure" programs we always insert a couple of segments that get the kids up and moving, since we usually run 40-45 minutes.  I like it best when we can use an actual book that fits our theme to cover this.  No David is one example, and we've used it both times for our "Caldecott Celebration" theme.  It seems like many kids have met David by the time they reach early element by this age, but that's good, because we don't actually read the whole book.  Instead we show selected illustrations and have the kids do whatever David's doing.  We've scanned the images and put them into PowerPoint, so we can regulate the activity pretty well.  We tell the kids that we'll stay in one place and do what David does, then show David in action: 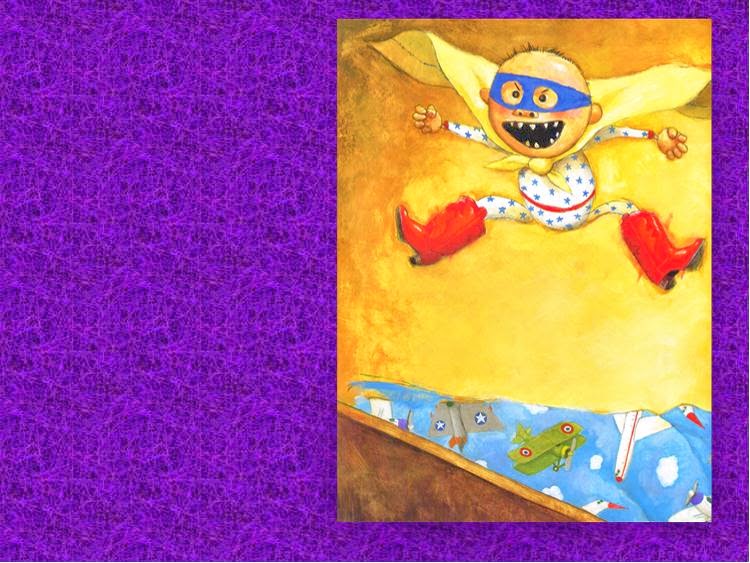 And everyone Jumps up and down.  But we've also cued them that when they see the words "No, David!" they have to say the words and freeze.  So we click and the label zooms out at them: 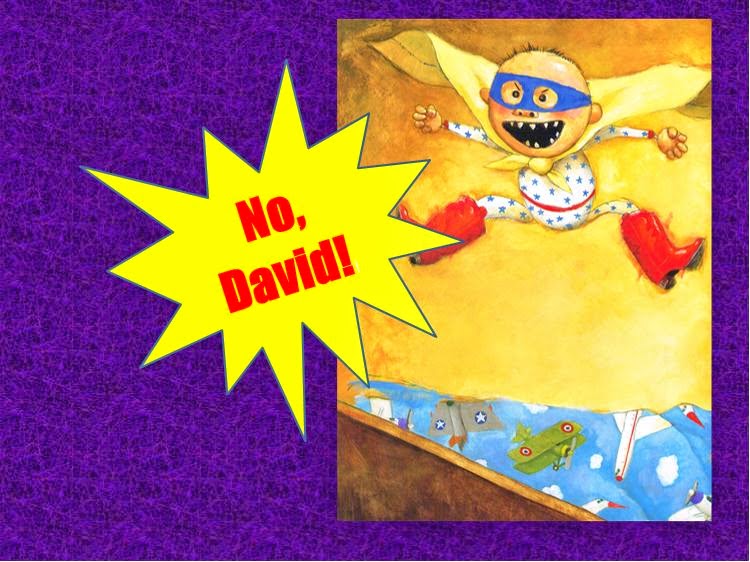 And everyone stops.  It's pretty simple, but very effective.  Having a clear visual cue as a transition is so much smoother than saying (or shouting, because you'd probably need to) the words.  And then once they're frozen, all eyes are on the screen to see what's next.  We did Climbing (as he goes for the cookie jar), Swinging a baseball bat, Chewing (that great illustration with his wide open food-filled mouth).  And a couple that were extra fun:  When Running appears we make a hurried announcement that everyone must keep their clothes on, which always gets a few giggles: 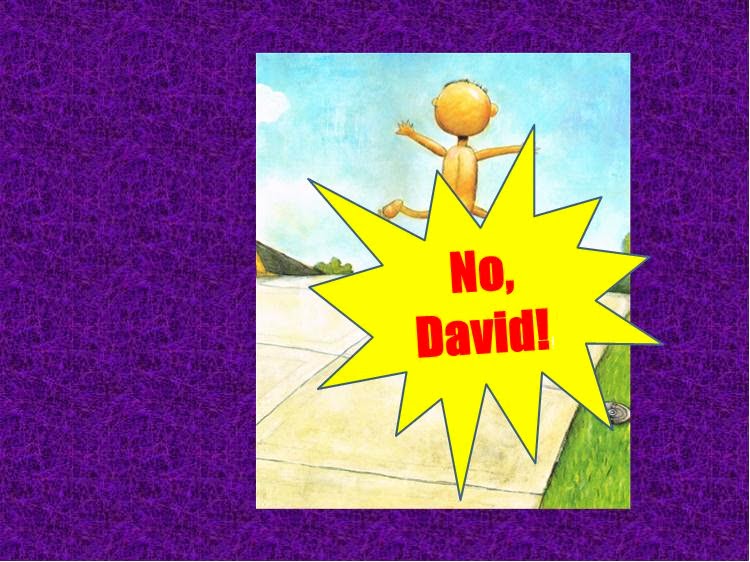 And when this next one appears, we pretend to be all surprised and click again so that it disappears almost immediately.  We say, with mock horror:  "We didn't mean to include that one:  nobody should do that." 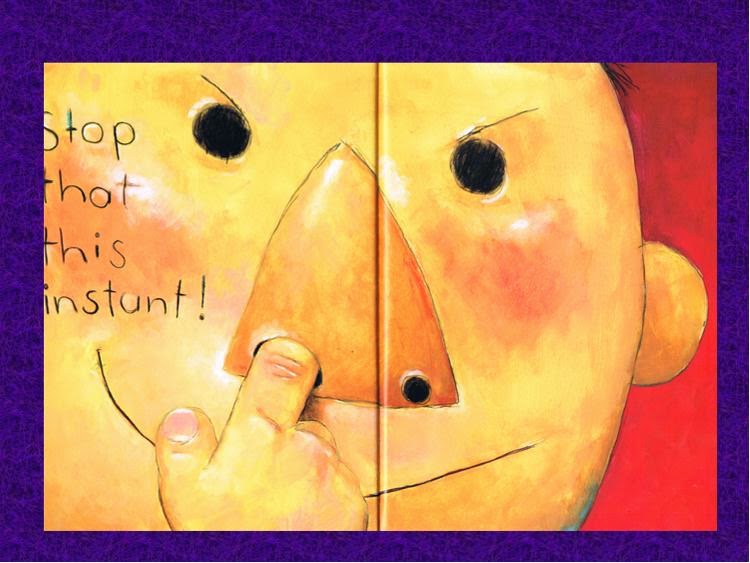 And of course we finish it off like the book, with David calm, his mother hugging him, and "Yes David."

So it's one book that works well as a stretch, while also conveying the fun and playfulness of the story.  And I also like to use it because it shows that a goofy book with illustrations that are kind of child-like can be worthy of the Caldecott.  I doubt that means much to any kids, but it pleases me.
Posted by steven at 10:39 PM