The Little Red Hen, with or without velcro and felt 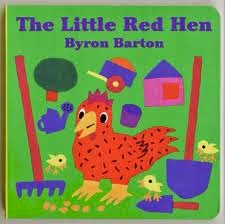 Our Family Storytimes all have at least two tellers, but back when I used to do solo ones to smaller crowds, I always included one oral tale in each session.  It was challenging to find a  year's worth of tales that worked for a mostly preschool-age audience, but it was fun.  And some stories were just a natural fit.  Like The Little Red Hen.  It has the key qualities you want in an oral tale for young kids:  An easy to follow pattern, so they can hold the story in their minds without getting confused.  A satisfying twist at the end that makes sense (when the "Not I's" switch to "I will's" and the Hen finally gets to eat the bread she baked.  And a fun piece of participation.

When I tell the story, I have the kids join me with the "Not I" parts.  And we all use different voices for the animals (Dog, Cat, and Pig).  I tell them Dog has a sort of deep voice, and Cat has sort of a meow-y voice, and Pig has a snort-y voice...and after we do Pig's "Not I," we all give one snort.  It's important to emphasize just one snort or things can get out of hand.

I've tried adding participatory actions:  they can pretend to dig, and water, and thresh, and all.  But more often I think it's just a little too much extra and distracts from the forward movement of the story.  Doing "Not I's" only is just about right for the oral version. 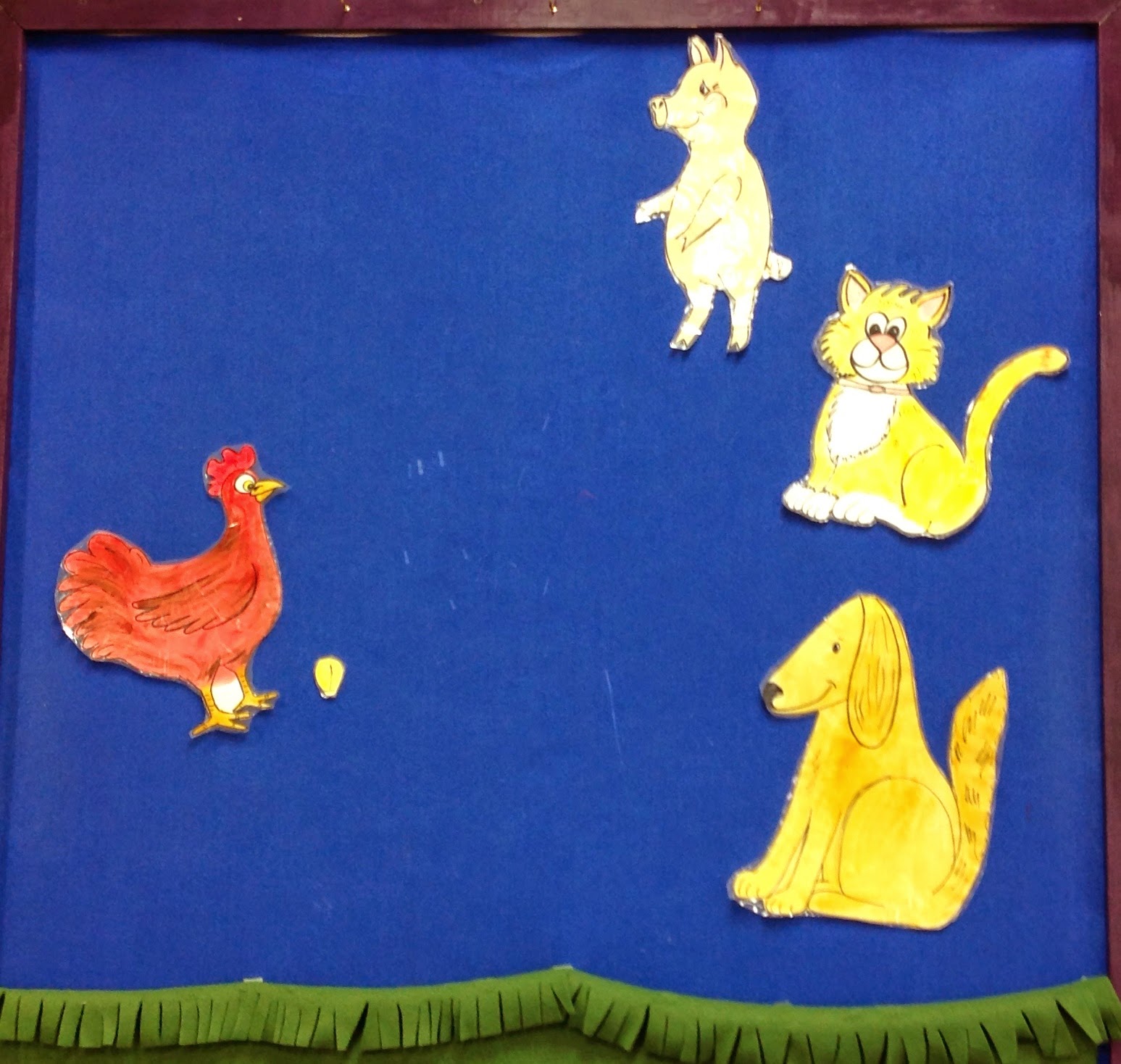 For a recent Family Storytime, Terri led a variation of this approach.  She told it using laminated shapes, attaching them with Velcro to our big felt board.  This is a storytelling format that was used a lot at our library in the past, but as crowds got bigger, we've started using scanned images projected on the screen more often, since we can make those pretty big.  But there's something very appealing about actually moving the shapes on a board, and it draws the kids' attention in different ways. Even with the shapes added, it's still essentially an oral tale.  Terri told it, but since we had two of us, I led the kids with the "Not I" bits. 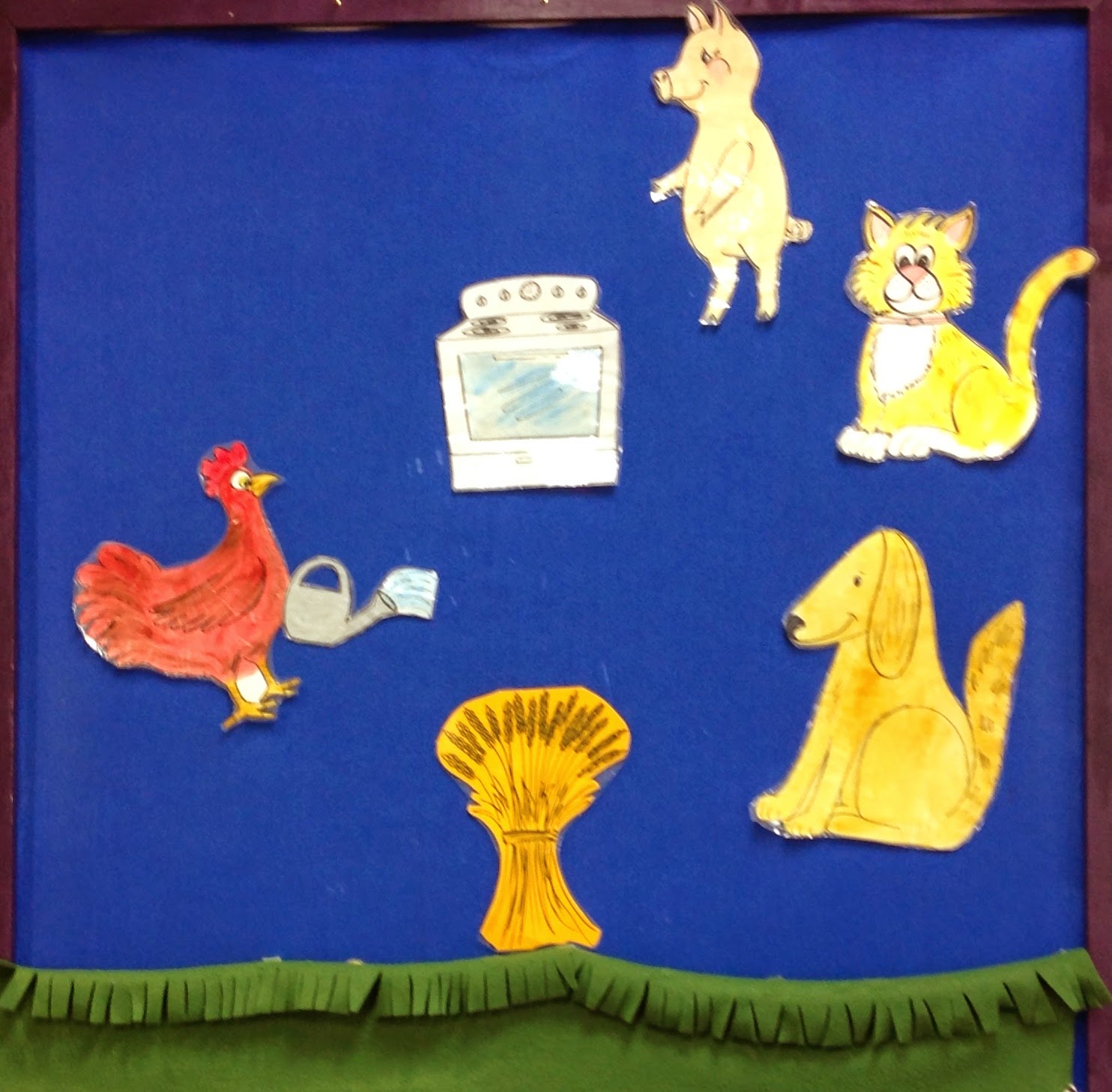 The oven piece included a simple little trick, with two doors where there appears to be one.  So Terri pulled the door open, put in the Bread Dough shape, but when she opened it (using the second door this time), it had turned into baked bread.  One of the reasons it's so fun to tell stories to four year olds:  They're pretty easy to fool.

This was actually just on of three "Little Red Hen" versions we shared as part of our "One Story Three Ways" theme.  A summary of that session will come soon....